“In the glacial cold of the solitude of the mountain tops, the light of the invocation of Thee gives me warmth.” 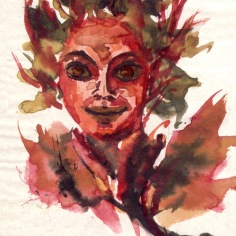 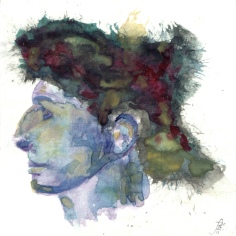 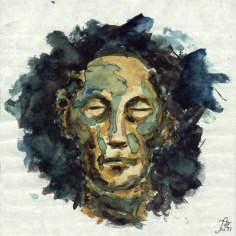 War, Calm Appearance and Death form a set that ends with the Initiate: a group of three elements and a counterweight element in opposition. An opposition between two ways of managing the world. One of a realism that does not go beyond matter and the other a realism that transcends it. One of a cynical and Machiavellian materialist realism where the end justifies the means and another whose means reflect the ends of a cosmic order and are part of it.

War, Calm Appearance and Death, and the Initiate are an invitation to a reflection on knowledge and the high spheres of power: beyond the facade of the functionaries of power, how can one recognize high initiates and perfect impostors nourished by the spells of the cult of an oversized ego, sages and false sages who have dedicated their souls to the archetype of the spirit of negation?

A glacial but extremely pure blue dominates the work. A blue evoking lapis lazuli, highly prized in Egyptian and Mesopotamian antiquity and considered extremely noble because of the golden grains it frequently contains. This gold generates a range of reflections from ochre yellow to deep emerald green calling to mind oxides of copper, bronze or reflections of these metals and molten gold, that of precious stones considered sacred in the ancient Chinese and pre-Columbian traditions.

This ageless face, rather juvenile, is not that of a worldly person, an eloquent gossip. He only expresses himself if courtesy requires it, just a few sober and delicate expressions. If he rarely expresses his thought, it is only by means of condensed formulas closer to allusion than affirmation. Upright, vertical, with absence of fantasy; the face shows a tiny inclination downwards due to a total absence of ego. No challenge, no intimidation, no arrogance in the look. An awake, attentive, delicate look, supported by a polished, refined, civilized smile.

The oval of the face, noble, refined, intellectual, tends towards the brain, not towards the jaw which is neither physical nor terrestrial (referring to the dyptic ‘Mysticism’). The coiffure or the brain, symbolic seat of thought, is open to the unfathomable depths of the infinite. 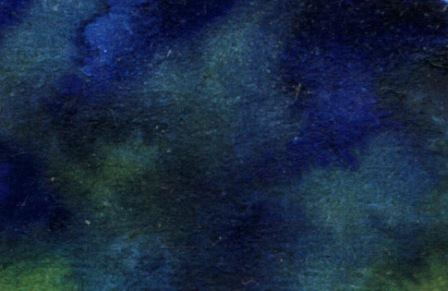 The initiate observes, does not intervene directly. Abraham interceded in favour of the people of Sodom and Gomorrah in vain. Fifty, forty five, forty, thirty, twenty, not even ten righteous men deserved grace. (Genesis 18, 16-33)

The initiate waits in the glacial solitude of the mountain tops. The moment is not propitious, the hour has not yet come. The suffering of the initiate comes from his vision of the tragic destiny of those for whom he cannot intervene without profaning the sacred he holds. Ignorance, baseness.